PC-Triple/EX developed by FCM and Promotion Works is an epoch-making product in which the crystal structure of both silver and copper is continuous in the lateral direction in which the current flows while firmly integrating the 5N grade silver and copper by the forging process. It is a conductor. It is not an exaggeration to say that the conductivity has reached 105% IACS, which is really superconducting. ACOUSTIC REVIVE adopts this PC-Triple C/EX as a single wire with maximum diameter of production limit. It has enabled unprecedented transmission speed and ultra wide range playback. 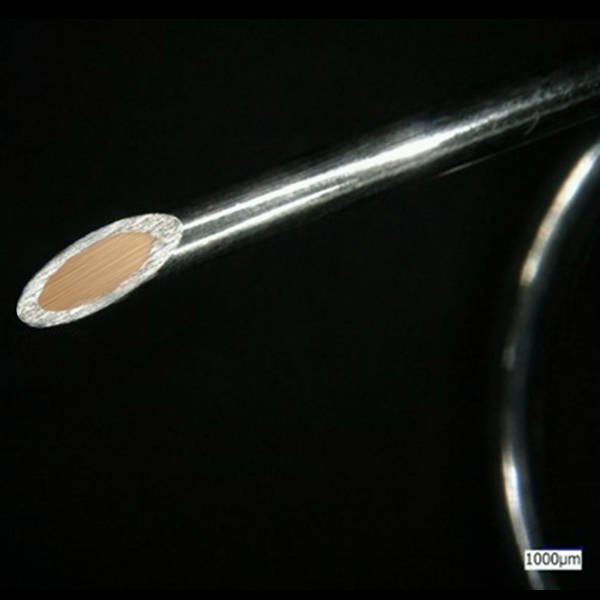 Ultimate conductor PC-Triple C/EX. ACOUSTIC REVIVE has introduced the best materials to maximize this performance. Teflon, which has excellent relative permittivity and dielectric loss tangent, is used as the insulating material that determines the final transmission speed. For the cushioning material, natural silk that prevents the generation of static electricity and realizes organic tone and texture, Teflon coated flexible copper tube shield that completely prevents the entry of external noise, carbon CSF tube that realizes antistatic and double shield effect, etc. The originality of the various parts enhances the perfection of the cable as much as possible.

The performance of a cable depends not only on the conductor and cable structure, but also on the quality of the plug. ACOUSTIC REVIVE has originally developed and adopted RCA plugs and XLR plugs with a screw-fastened structure that does not deteriorate conduction due to solder and a vibration-damping structure that uses a combination of dissimilar metals. We have now changed to tellurium copper, which boasts the highest conductivity as the plug material, and succeeded in maximizing the conductivity of the plug.

No matter how expensive the audio system is, the transmission noise will inevitably pass back and forth. In ACOUSTIC REVIVE, the soft magnetic noise reduction material, Finemet beads, developed by Hitachi Metals, is installed inside the cable, which makes it possible to eliminate noise in the transmission of the audio system. In other words, the line cable and digital cable of ACOUSTIC REVIVE can be called the world's first cable with a noise reduction function as well as the transmission characteristics as a cable.

In addition to the ultimate transmission characteristics, noise removal on the transmission has been achieved. This cable, which is truly called absolute, can be installed in one place of the audio system, and even if it is replaced by a high-priced device, it can not be realized. We promise to realize S/N ratio, ultra wide range, accurate phase characteristics, organic and vivid tones and textures.

*Finemet® is a registered trademark of Hitachi Metals, Ltd.

What is the significance of single track?

Most of the cables currently on the market use twisted wires made by twisting fine wires.
The reason why stranded wire is adopted is that it is easy to handle.
It has been used for a long time because it is easy for users to use and the manufacturers have good manufacturability.
However, the stranded wire inevitably has a "stray current" called the strand jump phenomenon that jumps between the twisted wires.
Stray currents that fly around using air or insulating material as a dielectric cannot be prevented even if the Litz wire structure is used by insulating the wires.

This stray current causes incidental sound, noise, and distortion, and makes the sound muddy more than expected.
The only way to reduce the stray current is to use a single wire.
The fact is sure to be understood by comparing the current cable and our single core cable.

Air floating structure that does not interfere with energy transmission

It is said that the cable has some kind of energy transmission in addition to the original current transmission.
It is thought that this energy transmission is also related to the fact that the sound is output from the speaker when the cable is hit, but in the past cable manufacturers have been conversely to completely suppress the vibration of the cable itself, such as cotton and PP band. Was wrapped around or filled with rubber, resin, etc. to kill the energy transmission of the cable.
Actually, this was the reason why the sound was suppressed and had no sense of energy.
In ACOUSTIC REVIVE, by providing an air layer around the conductor, we have achieved sound quality with overwhelming cut-out, open feeling, and outstanding energy feeling.

We developed a natural silk tube that gives life to the cushioning tube that creates the air layer without harming the sound quality, but with the cooperation of Hasegawa Shoten, Japan's largest silk maker, and Ebisawa at the manufacturing plant. The material near the conductor has a great effect on the sound quality, and PVC is the worst.

Braided wire has been commonly used for shields. This braided shield is actually full of gaps, even with a high braid rate, and it was impossible to achieve a perfect shielding effect. Moreover, the braided wire also generates the same stray current as the stranded wire, which adversely affects the original signal transmission such as incidental sound and distortion. It seems that this is a superstition that non-shielded sound is better than shielded cable. There was also a cable with a shield made of aluminum foil in some parts, but since aluminum has a strong reverberation, the accompanying sound and distortion are generated, and it is a drawback that it has a strong timbre. did.

This time, we have adopted a flexible Teflon-coated copper tube as a shield material, which is much thicker than the foil newly developed by Shinagawa Shoko.

As a result, in addition to the overwhelming shielding characteristics that do not generate peculiar habits, incidental sounds, and distortions, which are incomparable to conventional braids and foils, we have acquired amazing flexibility far superior to stranded cables. 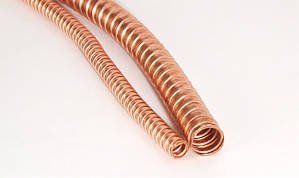 For the outermost circumference of the cable, we have adopted a CSF tube (already sold separately!), which was developed jointly with SF tube maker Shinagawa Shoko and has been modified to acoustically optimized materials with carbon mixed to the production limit. With this, in addition to the double shield effect combined with the copper foil Teflon tube, we have realized the effect of cutting the radiation noise generated from the cable itself and the electromagnetic wave absorption effect. 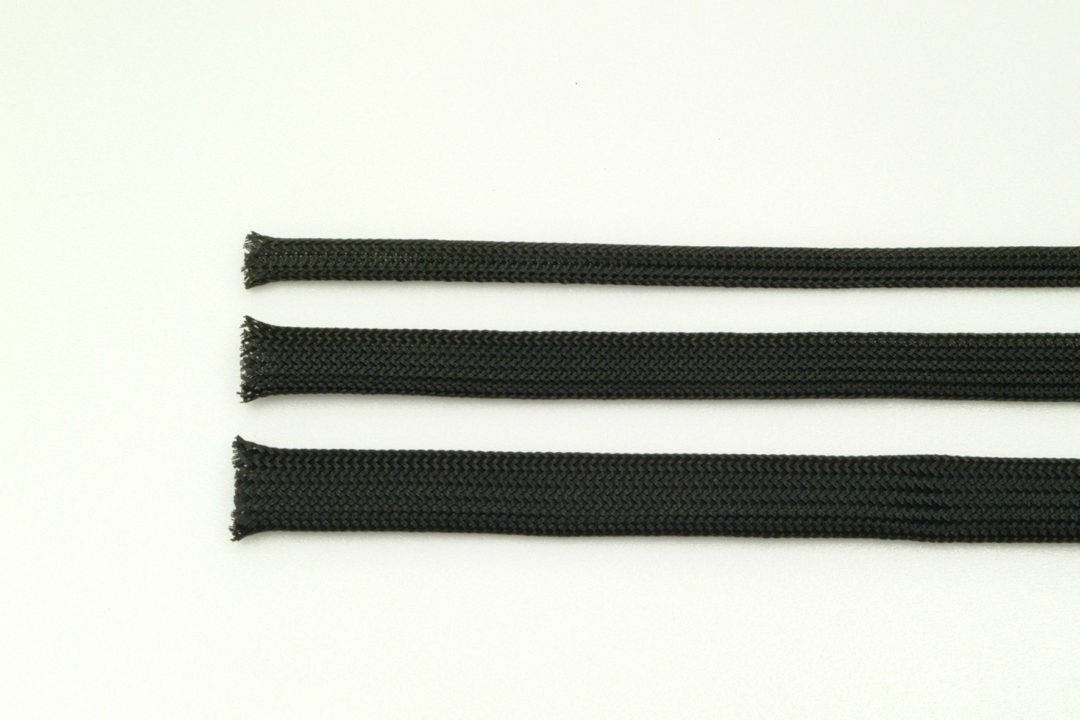