In order to maximize the sound of the precision conductor "102 SSC" developed by Oyaide Electric Co., Ltd., "HPC-26QUAD" has been developed as a headphone cable with excellent electrical characteristics by adopting a 4-core star quad structure with silk interposition.

Since it started to sell only at Oyaide Denki direct management stores, it has been supported by many self-made enthusiasts for its clear and three-dimensional sound, the evaluation quickly spread, and many people come from abroad to purchase. I will.

In order to deliver the sound that has been endorsed to more people, we carefully selected the headphone terminal from among the many wonderful headphones and commercialized it as a headphone re-cable "HPC-QUAD Series".

Introducing the "HPC-QUAD series," a premium headphone re-cable that has been achieved through the fusion of the superiority of silk materials and the latest technology, realizing a flexible handling with a highly transparent urethane sheath.

As the first of the new series, a lineup compatible with the 3.5mm stereo jack, which has the most needs for detachable cable headphones, will be released.

The "HPC-26QUAD", which has a star quad structure and excellent electrical characteristics, will fully demonstrate its potential in the "HPC-QUAD Series" of the future, and it will be one answer to bring your headphones closer to the ideal. Would be 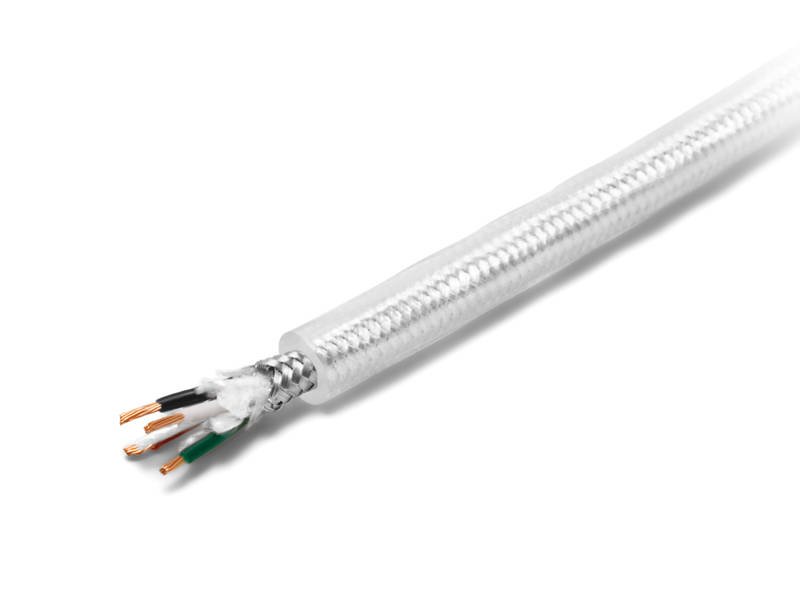 The electrical conductivity of wire drawing is 102.3% IACS by conducting the current annealing treatment based on the optimum temperature and time adjustment. Elastic and highly insulating polyester elastomer is used for the insulation material, and protects the lines between 0.13sq x 4 cores without stress.

By adopting a 3.5mm plug of the neck length type, it is also compatible with jacks located in recessed areas such as SONY MDR-1A. It can also be used for wired connection of wireless headphones equipped with a 3.5mm stereo jack.

Capacitance: 208pF/m, Conductor resistance: 143.0mΩ/m As low as 3.0m, it retains excellent characteristics even in long lineup of 3.0m.

By adopting 100% pure silk filament, which has the lowest relative dielectric constant among fiber materials, as an interposition, electrostatic induction noise that occurs between lines is absorbed, and charging is greatly suppressed. 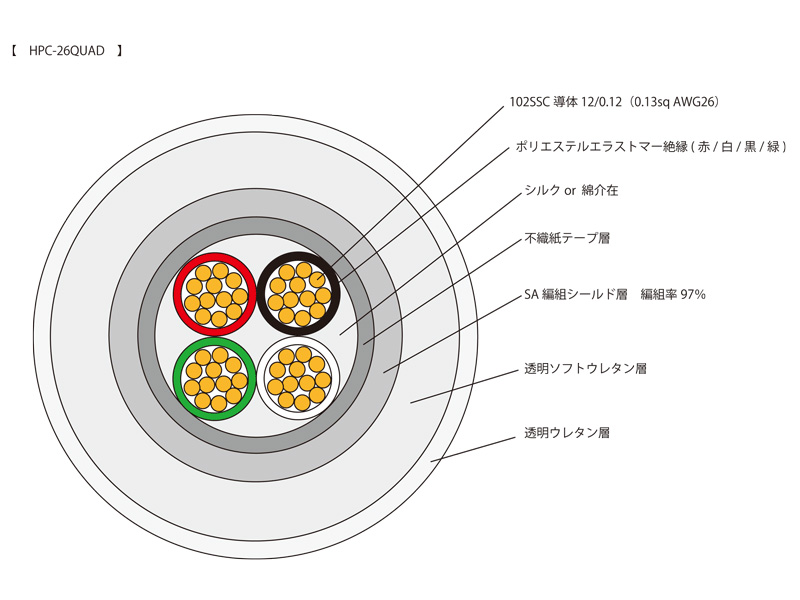 For the single-end lineup, connect a shield layer with a conductor cross-sectional area of ​​AWG#20 to GND. External noise is shut out by using pure silver plating type 1 OFC for the shield and finishing it into a high-density braid with a shielding rate of 97%.